We know too well the toll of youth homelessness; we have suggestions

The following appeared in the Star Tribune, December, 25, 2019

We know too well the toll of youth homelessness; we have suggestions

Young people across the state face this problem. Please help.

We’re pleased and concerned about plans from Gov. Tim Walz and Lt. Gov. Peggy Flanagan to shelter Minnesota’s homeless. Since three of us have been homeless, we’ve had some experience with systems that are baffling, bizarre and broken. We have several suggestions. But, first, some experiences. 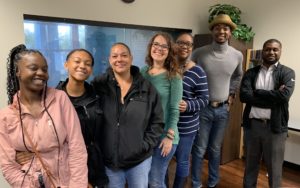 On Nov. 21, we tried to help a homeless family with a 3-year-old and a 6-year-old, starting at 5:30 p.m. We called 211, United Way’s emergency housing phone number. The operator said that there was only one emergency shelter available and that we needed to work with police to get the family housed.

The family wasn’t eager to contact police. They hadn’t broken any laws. But after another hour of calls produced no progress, we called the police. Two St. Paul officers arrived, spent an hour and couldn’t find shelter. They called two more officers. Two Ramsey County Sheriff staffers we called arrived. Nothing was available, unless the mom said the working father abused her. He didn’t, so she wouldn’t.

The next morning, Amber Gray, a Ramsey County Sheriff staff member, picked up the family and took them to a county intake center. But the center was understaffed that day, so no one could process the family. Then Gray called a church, which donated housing for two nights. Gray and her colleagues pooled their own money to pay for another night. Finally, after four nights, Ramsey County staff met with and placed the family in a shelter.

We have similar stories about Hennepin County. A friend tried unsuccessfully to help a homeless family deal with staff there. We tried to work with the county homeless office after we learned about a homeless young mother with two children, ages 2 and 3. She was forced to leave a shelter for reasons she and we don’t understand. She and her children slept in a car. We’ve spent several days trying to get this resolved.

When you think about homelessness, what image comes to mind? There are literally thousands of homeless youth in Minnesota whom you won’t find holding up a sign by a highway entrance.

Two of us were homeless earlier this year. Some call us “invisible.” But we are not made of glass. We bleed the same as you.

If you visit a high school anywhere in Minnesota with the right questions, and a willingness to listen, you’ll find homeless students.

Some of these youngsters sometimes must sleep outside. Often young people feel it’s their fault that they’re homeless. They don’t know where to get help.

While we’re glad the governor and lieutenant governor have made housing the homeless a priority, we have several suggestions:

Put several currently/formerly homeless youth on your advisory committee. You need to hear about our experiences.

We need permanent housing, not just shelters, some of which are very scary places.

Consider helping high school/college students who are learning to build houses construct them for homeless families. This is happening in some places via Youthprise and Youthbuild. Anoka-Hennepin high school students constructed a three-bedroom home for less than $100,000.

Make clear how money is being spent. The 2019 Legislature allocated $3 million to help shelter homeless. But despite clear, urgent needs, the Department of Human Services spent millions and did not add a single additional shelter bed in the metro area.

Being homeless is devastating. We have dreams. We want to help. Please listen to and learn from us.

Nazarria McClintock, 18, and Isis Watford, 20, are High School for Recording Arts students. They were homeless for several years until finding housing this year. Khalique Rogers, 24, was homeless for more than a year, graduated from Gordon Parks High School and St. Paul College. All are working with educator Joe Nathan in a group called United for Action: Housing for Youth and Families.