This column originally appeared in several APG of East Central Minnesota newspapers during October and November, 2019.

Minnesota author Kao Kalia Yang, one of the most modest people I’ve ever met, has had quite a month. In less than 30 days, she’s launched two of the finest family books I’ve ever read. On Sept. 28, she introduced “A Map into the World.” On Oct. 15, she and several co-authors introduced “What God is Honored Here? Writings on Miscarriage and Infant Loss By and For Native Women and Women of Color.” If you’re a parent, a grandparent, an educator or someone who cares about children and families, I think you’ll find these to be among the most compelling books you’ve ever read. 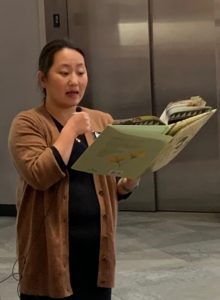 “A Map into the World” is a beautifully illustrated children’s book, based on Yang’s experience as a youngster in St. Paul. The illustrations by Seo Kim already have won a Northern Lights Book Award. It’s the story of two families that live across the street from each other: One is an elderly white couple, the other a Hmong American family. After many decades of marriage, the wife died, and her husband was deeply depressed. A youngster, through sidewalk drawings, helps him find a way back “into the world.” It’s a lovely, gentle book.

When she was a young girl, Yang went to a public library and asked for a book “about (Hmong) people like me.” The librarian told her there weren’t any. Someday, Yang thought, there will be. This is a book for Hmong and for all of us.

I asked Yang what the central message of the book is. She replied: “Our ability to give and share is not limited by our age or place in life.” Such an important idea, so skillfully shared and so valuable at this time, when there is so much disagreement. I think virtually everyone will agree with this. We’ll find encouragement for our best impulses.

While moved, most people won’t cry on reading “A Map into the World.” Many people will weep, as I did, on reading parts of “What God is Honored Here?” Twenty-four women, including Yang and her terrific co-editor/author, Shannon Gibney, share their experiences with miscarriage and infant death. Yang’s mother, with whom she co-wrote a chapter, had seven miscarriages. 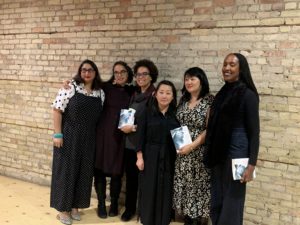 The federal Center for Disease Control reports more than 22,000 women in 2017, the latest year for which information is available, experienced either miscarriage or infant death. According to the Minnesota Department of Health, in 2017 more than 700 Minnesota women had a child die before birth or during its first year. Both nationally and in Minnesota, the miscarriage rate for Native and Hispanic women is higher, and for African Americans, twice what it is for whites. The authors share insights, anger and a few suggestions for dealing with these disparities.

I think everyone will gain immeasurably from reading all or part of “What God is Honored Here?” It’s one of the most moving, passionate, painful, eye-opening, and ultimately, valuable books I’ve ever read.

Yang explained to me: “This is a book where women of color and Native women have found their source of strength and inspiration — in places we could never have imagined. … This is the hardest thing I have ever had to write.”

You can hear brief excerpts from several of the authors, including Gibney and Yang, here: http://bit.ly/2odGiXH.

Yang and Gibney want “What God is Honored Here?” to “build bridges of hope and healing.” Yang intends  that the book travel “to places none of us could imagine.”

I think both books are terrific. They deserve to be read throughout the land. They are, to use Yang’s words, “a reminder of love eternal.”

Joe Nathan is a father of three, and formerly was an educator and PTA president. He now directs the Center for School Change. Reactions welcome, Joe@centerforschoolchange.org.