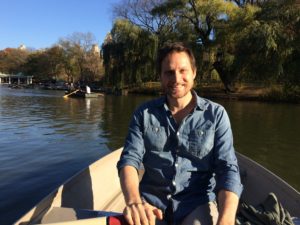 My name is Alex Podulke. I’m a stage actor living in NYC, and I am a proud Alum of the St. Paul Open School, where I attended from kindergarten in 1976 until graduation in 1989.  Open School was as fundamental to my development as it is possible for a place to be. Open school taught me to love learning, and to actively engage in self-education from a very young age. It’s an indispensable tool that has shaped, and will continue to shape me for the rest of my life.

I was encouraged to be myself and I was allowed to thrive in the areas that captured my interest.  I remember a class with Jerry Jax called “the quality of life” which was, essentially, a 3-month philosophical debate about existentialism.  I remember the idea of thermodynamics clicking into place when Wendell Carroll  brought us outside to make balloons out of candles & bags.

We were on first name basis with all of our teachers. We chose our own class schedules. We were not graded, but instead we received evaluations by our teachers (for whom we also had to write evaluations) We began and ended every day in a core advisory group, checking in with our advisor and our peers about the course of the day.

I was allowed to take multiple classes per week called “library” in which I could disappear into the library and read to my heart’s content. I was reading at a college level by the time I was 11 or 12. I had moved past young adult literature and was poring through Steinbeck and Hemingway, Fitzgerald, Homer. I’ll never forget those hours in the library.

But what really caught my attention was the acting classes taught by Vaughn Koenig. (Perhaps the single most influential adult in my life outside of my own home)I loved her classes. We played and improvised and did trust exercises and theater games.

I started with Vaughn when I was 7. My first play was called Becky the Half-Witch. (I played the wizard.) When I was 9, a couple of folks from the MN Opera Company came to Vaughn’s class looking for children to play urchins in an upcoming production of the Barber of Seville. I was chosen along with 2 friends and so I began my first professional contract as an actor.

2 years later I was allowed to perform outside of school for a production by the Heart of The Beast puppet theater.  By the time I was 13 I was performing regularly in the school plays and pursuing theater outside of school as well. Working on sets whenever I could.

By the time I was 16 I had a relationship with the Park Square Theater, who cast me in several productions in my teens. Performing in plays by Shakespeare, Moliere, Shaw, Miller.

All with the encouragement and support of my teachers and advisors. When I was 17, my advisor Lennie Augustine, (another deeply important influence in my life) suggested that I teach an acting class at the school. With a friend, I co-created a peer acting class and taught it for my last 2 years at Open.

None of this would have happened if I was brought up in a traditional school setting. In my last year, along with 2 other Open Schoolers that year, I was  awarded a state medal for academic achievement. 2 of the 3 of us received the medal for work in the arts.

Eventually, I auditioned for and was admitted to a very good drama school in London. I returned to work at the Guthrie Theater for several years before making my move to New York. 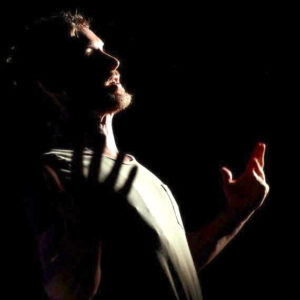 I’ve spent the past 20 years working in major theaters all across the country, and internationally. I’ve taken a bow before a million people. But still, at heart, I’m that squirrelly little kid emerging from the library and going to Vaughn’s class, to learn how to play.

« One Class Made all the Difference » Self Determination, Empowerment and Contribution