The Genesis of a Journey

The Genesis of a Journey 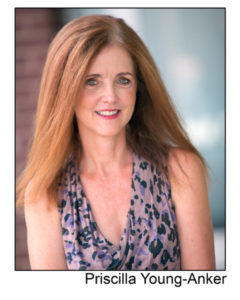 It is an interesting exercise to try and determine what experiences in your life shaped the person you are in this moment.  What influenced how you process the world around you, what you pay attention to and what you let slip past. What brought you to where you are today.

I started The St Paul Open School the first year it opened. I was 12 years old and the daughter of the new Public School Superintendent. Given my father’s position my previous school experiences had been shaped with the knowledge that my identity was known and that carried a responsibility to dress and act appropriately. I did not always succeed at that task.

But the St. Paul Open School was different. I think I realized very quickly that nobody cared who my father was and that gave me a freedom which I had never experienced. A freedom to explore whatever caught my interest supported by teachers and administrators who were interested in my thoughts and ideas. From that first year onward, I was encouraged to dive deeply into a spark of an idea which in some cases went nowhere and in other cases blossomed into something memorable. Some of these projects were teacher driven and other we simply came up with ourselves. 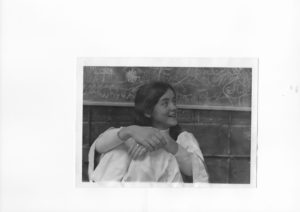 Because we were interested in the history of the drug Thalidomide, we researched and then conducted a mock civil trial. In order to better understand the experience of a Nazi invasion we staged a blitzkrieg of the fourth floor. We went to Chicago to study corruption in city government and asked (if I remember correctly) some very pointed questions to city officials. A group of us went blindfolded for an afternoon to experience how it felt to be blind.

I built sets and hung lights in the theatre department and at one point cared for and put boots on a live chicken because it was need for a production.  For another production we designed and built our own civil war period costumes.

The St Paul Open School for me, was a complete immersion in, what I now know to be, experiential learning. Learning, which extending far beyond the normal school day.  I don’t know if this was the intent of the school. I do know it gave me confidence in myself. The school helped me develop critical thinking skills and the courage to question conventional wisdom.

While I thrived at The Open School, I could have used a little more structure. I avoided the subjects which bored me. But I remember a conversation I had with Joe Nathan, one of the teachers, during I believe my sophomore or junior year. I was complaining about my lack of a traditional high school level math education. Joe informed me that if I could add, subtract and multiply I would be just fine. He was right.

While algebra absolutely mystifies me, I am very good at logic. I recognize patterns in music and writing and understand the beauty and power of such patterns. I am able to grasp abstract concepts and see potential evidence of those concepts in the world around me. While I am ignorant in the fundamentals of mathematics, I see and understand it’s creativity and beauty. That is just one of the many skills an education rich in experiential learning gave me.

My adult life has followed much the same pattern as my time at The Open School. I spent five years at The University of Minnesota studying Political Science and English Constitutional History. I attended a Professional Acting School in Berkeley California and obtained a Paralegal Certificate. I have worked as a waitress, restaurant manager, eastern onion dancing telegram, paralegal, medical malpractice claims adjuster, choreographer, project manager and a writer. I am currently a professional actor. By many standards, my life professionally has been unconventional.  There are certainly things, looking back, I would do differently. But I gained something from each job, each experience and each mistake.

While I believe there isn’t one moment that completely defines a person’s life, I do believe there are seminal experiences that shape and guide you. That is what the St. Paul Open School gave me and I would not change it for the world.

« Praise and an Important Question for Minnesota » Open School Experience “If you can dream it, you can do it.”