Medicine, me and the Open School

Medicine, Me and the Open School 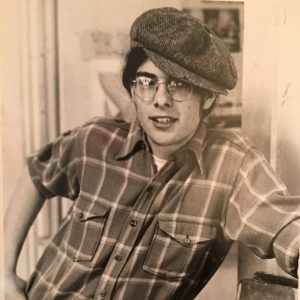 I attended the St Paul Open School from its inception in 1971, graduating in 1975.  An interaction a 14 year old me had my first week at Open School set the course of the next four years.  Students were on a first name basis with our facilitators (aka teachers).  Please excuse the lazy English here, but my exact words, when I asked my advisor Jeff about something that interested me were, “Can I do this?”  And his straightforward and challenging reply was “I don’t know, can you?”

In the spring of 1973, a twenty something teacher, Joe Nathan took his urban studies class on an epic three week trip to the major cities of the Midwest, the Rust Belt and the East.  We spent months studying the political, educational and cultural vibe of each city,  raised funds, contacted alternative schools in each city for housing, then piled into the school van and aimed east.

Transformative learning experiences occurred, from meeting with community organizers and alternative educators, seeing how the wealthy lived in Shaker  Heights, Ohio, Mamaroneck, New York and Grosse Pointe, Michigan, and how the poor were scraping by on the South Side of Chicago, in Harlem and in the burned out desolation of Detroit.  Some of us witnessed a grocery store robbery in Chicago. Others listened to street corner musicians, one with an amped guitar, the other on mouth harp at the Maxwell Street Market play Chicago Blues  Some of us turned down a meal with Dizzy Gillespie in Pittsburgh — too tired, wanted to learn how to juggle, had no idea who this jazz icon was. Two of us developed a long lasting romance.  All of us absorbed art masterpieces at major museums and street folk art on the subway cars of the New York Metro.  One of us got lost on an outing; well she didn’t consider herself lost as she went off to have coffee with a young man she had just met at a museum.

A group of us went to the Twin Towers of the World Trade Center, then under construction.  Somehow we got onto an elevator that took us half way up one of the towers.  When the door opened the construction workers were as shocked as we were.

Prior to this trip I had developed an interest in first aid from exposure in Boy Scouts. I also took a Red Cross class and because educating at the Open School wasn’t limited to certified teachers I designed and taught a class on first aid from what I had learned.

A medical experience on our trip that I had in Pittsburgh was one of the catalysts for my career choice. Our group visited Chatham College (now University) and recreated in Andrew Mellon’s mansion, which by then was part of the campus. There was a two lane bowling alley in the basement where pin setters (us!) perched at the end of the lanes, then hopped down to re set the knocked over pins.  There was also a swimming pool.  One of the students, Larry, dove too deep in too shallow of waters and split his face open near the hair line of his forehead.  It was a nasty gash and there was much bleeding.  Because I had some experience with first aid, I attended to Larry and Joe drove the three of us to a local emergency room. 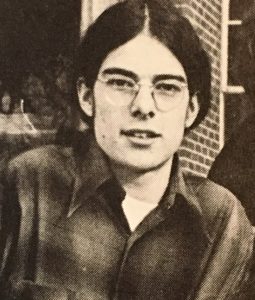 There an older doctor, as I recall with a German accent, patched Larry up.  I was by their side and expressed interest in the repair.  Next thing I knew the doctor asked me to glove up and assist!  He had me snip the sutures after he tied them.  Unfortunately I became queasy after a while and had to stand down for a spell, which was embarrassing.  But I was hooked on the emergency room.

Later in my Open School career I volunteered in the ER of one of the local hospitals down the street from the school.  I set up this opportunity, using the skills I had learned at school. As I recall I went one morning a week for half a school year, helping staff when I could, sitting and reading medical memoirs when I couldn’t and observing patient/provider interactions when allowed. How wonderful that Open School offered the flexibility in my schedule for me to do this.

At age 19 I became an orderly in the burn unit, then emergency room and later in trauma surgery at the city/county hospital in downtown St. Paul.  I worked this job through college.

From Open School I took a pre med path at Macalester College in St. Paul, which continued in graduate school in the Physician Assistant program at Northeastern University in Boston.

I then spent the next 34 years practicing emergency medicine, the last 30 years at the same ER in St. Paul I had worked at as an orderly.  Most of my patients came from underserved populations.  While I provided a wide range of doctoring,  I spent a lot of time suturing patient lacerations sustained from a variety of injuries and estimate that over the years I sutured more than 6000 patients.  I also taught many PA and medical students sessions in the art of suturing (using pigs’ feet).  To this day I have had past students, now practicing PA’s and MD’s tell me, “Hey, you taught me how to stitch, thanks!” 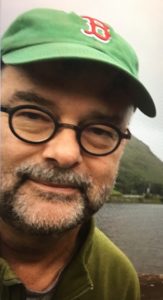 And thank you to the Pittsburgh ER doctor, Joe, our teacher, Larry my guinea pig and the St. Paul Open School for bestowing wisdom.

« Diving and the St. Paul Open School » From alienation to acceptance