From alienation to acceptance

From alienation to acceptance 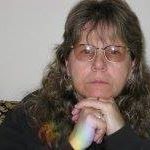 I was bored and alienated at most every turn.  It wasn’t that the coursework was difficult for me.  It wasn’t.  More to the point, I would say that I felt invisible, un-encouraged and as if I was merely just another number. It was a time and place of institutionalized conformity and I refused to cooperate.

Every day I came to school I spent less and less time there. I skipped school as often as I could.  Finally the school got a hold of my parents to let them know this was going on and insisted we all should come to talk with the vice principal.

I was completely withdrawn and apathetic about their frustration with me. I just hoped they would suspend or expel me.  But they wouldn’t.

I proceeded to going to night school at Central High School.  This is when my drug and alcohol abuse really skyrocketed.  It was all such a debacle that I declared to my parents that I was dropping out completely.

Little did I know that my mother was disgusted by this news.  Unbeknownst to me mother found out about alternative education at somewhere called St. Paul Open School. I agreed to give it one more chance and was accepted there.

I felt acceptance by all of the staff and peers.  They acknowledged me as an individual.  They continued to support and encourage me to be my self and to learn. I was actually feeling content.

Teachers and students called each other by their first names.  I felt as though everyone was a friend to me.

This was unlike anything I had ever experienced before.  There were no letter grades and the content of my classes was determined by my own degree of educational acquisition and abilities.

I was taught not only “regular” coursework but many “alternative” courses too. One of the many impressive things was that we were taught “basic life skills” for when we finished school and were on our own. They included things like how to search for an apartment, how to make a budget, balance a checkbook prepare meals, seek employment and keeping house.  These and many more skills were to prepare for college too.

I could barely believe that I was actually thriving and looking to further my education.  One of the the totally “unconventional” classes that had a tremendous impact on me was “Women’s Studies.  I was totally floored to become sure of my perceived role as a woman in society.  Of course I was amazed and bewildered at how devalued I was.  It was at this point where I was motivated to fight for the equality and rights of women.  I also became involved in many projects and other acts of social justice.

In short, the total cutting edge of St. Paul Open School’s pedagogy changed my life!  What a wonderful and remarkable experience it was!

« Medicine, me and the Open School » Comparing SPOS & other public schools