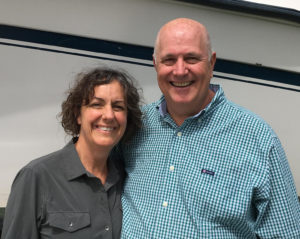 My story about OPEN School is about an unusual opportunity I was afforded at the young age of 16. I told one of the staffers (I believe it was Betty Lampland) that I was really interested in SCUBA diving. We were at one of those brainstorming meetings where student and staff could say whatever they would like to see or learn at our school. Betty either knew someone or had a contact that knew a SCUBA diver in St Paul who had previously been a diver for Jacques Cousteau.

A meeting was arranged, and I was able to accompany him on a dive in Christmas Lake in Hennepin County. While I did not get to dive on that first meeting, I was allowed to breathe through the regulator to see what it felt like to use air from a tank to breathe. Seeing all the rest of the divers coming out of the lake and hearing their description of what they saw and did underwater lit a fire in me to pursue diving. I signed up for lessons and became a certified diver before I turned 18 years old.

I have made at least one dive or many dives every year since then (43 years of diving). I was able to dive on shipwrecks in Lake Superior over several summers in many locations on the north shore and along the south shore in the Apostle Islands near Bayfield, Wisconsin. I also became a big boat sailor, and co-owned a 32 foot sailboat in Bayfield for 17 years.

In addition, I dove in south Florida around Fort Lauderdale,  and in the Florida keys on several different reefs including John Pennekamp Coral Reef State Park, the nations first underwater park. I also traveled specifically to dive in the Cayman Islands, Hawaii, and was able to make many dives off of sailboats and cruise ships in the US Virgin Islands and British Virgin Islands, the Bahamas, Puerto Rico, Barbados, Aruba, Bonaire, Cuaracao, Trinidad, Tobago, Mexico, Panama, Honduras, Belize, Roatan, and lots of other locations. While in Hawaii, I actually met Jean Michel Cousteau at a Cousteau Society Film Premiere.

I saw so many different kinds of fascinating sea life initially that I considered becoming a marine biologist. While my career path ended up going a different direction, my interest in marine life continues today. I have had salt water aquariums for most of my life, and keep a small 10 gallon aquarium in my apartment in Florida while I am there during the winter (filled with fish and underwater creatures I capture and then release when I leave). My oldest son Jimmy is now a certified diver and we made many dives together in the Virgin Islands while sailing a 47 foot catamaran throughout the area.

I don’t know if I would have become a SCUBA diver if I had not been given the opportunity I was at OPEN School. I feel that diving opened my eyes to the natural world and the underwater world. I have since become a member and supporter of many environmental organizations pretty much as a direct result of that first diving experience arranged at OPEN School.

While many other opportunities came my way at Open School, this one has stayed with me my whole life. I don’t believe that opportunity would have been available at a traditional school in 1973, and I am grateful for all I learned and experienced, and the other things that grew out of that first dive experience as a result of being a student at the St Paul OPEN School.

Tim worked 30 years for the St. Paul Police Dept. He worked many areas and retired as Senior Commander after 5 years in charge of the Homicide / Robbery Unit. Tim then worked 6 years for the Minnesota Dept. of Education investigating allegations of child abuse in school facilities.