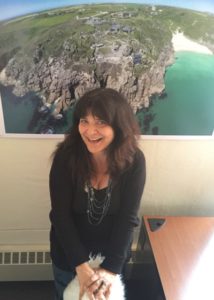 The year was 1970 in Highland Park, a former suburb turned urban in St. Paul Minnesota. Imagine me, an 11 year old kid attending the local junior high school with about a thousand other kids.  I was a happy outgoing kid and I had a lot of friends.  But I hated my school.  I hated the fact that I wasn’t allowed to have freedom of expression.  All of the classes were calculated, boring, and uninspiring. The teachers were bored as well and stressed. They didn’t have the option to get to know any of the kids because there were just too many of us.

That year though, they tried something new.  Modular Scheduling. Mods were class periods divided into 40 minute segments.  Each student had 7 mods per day.  It started with homeroom.  Homeroom was the best because of Mr. Gaines.  Mr. Gaines was an African American man who loved kids.  He was laid back, funny, helpful and friendly.  If only all of the teachers were like Mr. Gaines.  Little did I know what my future had in store for me and that I’d end up having loads of teachers just as great.

We heard the daily announcements, he’d tell some jokes and then boom!  The bell would ring and off we went like cattle, racing to our classes.  We had five minutes to get from one class to the next and would be punished if we were late.  There were teachers assigned as hall monitors and most were mean.  The worst was Physical Education class.  I hated participating in sports so I dreaded going.

Also, we all were mandated to shower with other girls in the open.  Dear administrators, bad idea!  Girls in puberty need privacy.   All of this to say, I was pretty miserable.  And my parents were going through a bitter divorce.

But my mom heard about a new school opening up.  I remember the very night she told me about it. I remember exactly where I was; in our kitchen eating dinner. It was as if I won the lottery.  There was no hesitation!  I was heading to a new school in the fall of 1971; the St. Paul Open School.

The week prior to school starting, I received a letter in the mail from my new advisor, Don, welcoming me.  That letter meant so much because for the first time, an educator took a personal interest in me.  It was clear that he cared about my success.

The first week of school was held at the Technical Vocational Institute (now St. Paul College) since Open School’s building wasn’t quite ready for operation.  On the first day, five hundred kids from every walk of life, from all socioeconomic backgrounds, from every part of the metropolitan area ages 5-18 gathered together in the auditorium.  There was a magical electrical energy that filled the room.  The kids were bursting with excitement.  It appeared that I wasn’t the only one who hated traditional public school.  I made friends instantly with the girl sitting next to me.   That morning changed our lives forever.  We were suddenly validated as children with creativity and energy for learning.

One of my best friends from Open School, Lloyd Brandt, reminded some of us recently of his recollection of that event. Assistant Principal, David Legg, approached the stage and with his thick British accent, approached the microphone and said in a calm voice, “At this school, there are no grades!”  There was some uncomfortable laughter amongst the crowd, as if we weren’t sure what he was saying.   He then repeated it but this time louder, “At this school, there are, (pause) no (pause) grades!” Hearing it again, we screamed.  And finally his voice rose into a crescendo as he shouted, “At this school, there ARE (pause) NO (pause) RULES!”  By this time, we were yelling and jumping up and down in our seats.  Our principal, Wayne Jennings, remembers having to calm the nerves of the St. Paul Public School board members who sat in the back row observing the frenzy.

Next, we were told that for the remainder of the week, we had to sign up for bus tours around the city.   I chose the tour of the West Bank; Minneapolis’ hippie capital.  We toured the head shops, the food coop, and the People’s Center.  And that was only the beginning.  The next five years of my life as a student at Open School laid the foundation that steered me into becoming an engaged and productive member of my community.

The St. Paul Open School nurtured students.  The philosophy was centered on competency and experiential based education.  Students gravitated toward their interests.  There was so many offerings.  Some classes were structured and some weren’t.  And as David Legg said, there were no grades.

Sometimes classes would include a 15 year old boy, an 11 year old, and even a 6 year old.  Some classes ended up being held at Harold’s Coffee Shop across the street.  Hypnotism, Magic, Badmitton, Cooking for Health, Poetry, Philosophy of Religion, Real Science, Black Studies, and Wood Shop were just a handful of the classes that were offered.

As the yearbook from 1972 points out, “the science area had iguana, alligators, gerbils, mice, frogs, rats and guinea pigs.”  It was normal to see kids running around with these creatures riding on their shoulders.  Or you may have found me and others playing our flutes in the stairwells because the acoustics were so good.

I was in the hit musical that we totally made up called, “The Rock Musical”.  One day, David Legg heard me playing the guitar in the hallway and asked, “Why don’t you sing that in the Rock Musical?”  The story line changed because my song was about someone who overdosed on drugs.  Suddenly, I was a major character in the play.   The play was loaded with talented kids who later went on to become professional musicians and actors.

It was that sort of confidence building that occurred on a daily basis that set the stage for students to thrive.  Stanford University’s Professor Emeritus, and author, John Kromboltz says, “Rather than promoting the idea to follow your dream, promote the idea to test your dreams.”  That was what we were doing.  Open School allowed us to explore and the faculty encouraged us and helped us build confidence.

In order to graduate, we needed to provide evidence and demonstrate that we had met the competency requirements.  These competencies included Job Seeking Skills, Career Exploration, Community Involvement, Current Issues, Consumer Awareness, Cultural Awareness, and Personal and Interpersonal Skills. I liken to writing a mini dissertation.  This process prepared me for a number of real life skills that I have brought with me throughout my life.

I am a first generation college student where neither of my parents graduated from college. Open School planted the seed for me wanting to pursue a professional career in Education.  I earned my Bachelor’s degree in education and later a Master’s of Education degree from the University of Minnesota.

I am a now starting my 27th year as an educator and administrator overseeing three of the Federal TRIO programs at North Hennepin Community College in Brooklyn Park, Minnesota. I attribute much of my success to the education I received at St. Paul Open School.   I am forever grateful.