Great free planning help for students with a disability

The following column appeared in a number of ECM/Sun Current newspapers in February, 2018 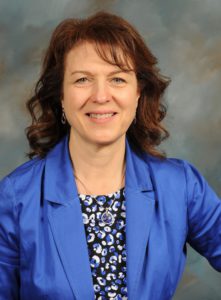 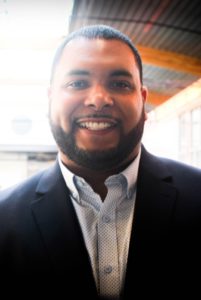 Barb Ziemke, of Lakeville, and Dario Otero, of Rosemount, represent America at its best. As they help young people with some form of disability identify and develop their gifts while planning for their future, they offer hope and opportunity. They make Minnesota better for all of us.

Ziemke’s son, now in his late 20s, has a developmental disability. According to his mother, he’s doing very well because of the post-high-school planning they did. For the last 16 years, Ziemke has helped families as part of her responsibilities with the nationally known PACER organization.

She summarizes her work as helping people develop “menus and maps.” The menus are options for their future that youngsters with some form of disability can consider. The maps are steps and strategies that young people and their families can take to reach their goals.

PACER offers a vast array of free videos, workshops, a newsletter, Facebook page and other written materials to help youngsters and families develop plans for after high school. And Ziemke has several recommendations for families:

• “Start early. The best time to start is now.

• “Recognize that the school bus will stop coming someday.

• “Parents can be ‘adult services detectives.’ Don’t wait for people to hand you the menu.

• “Have plan B because plan A does not always work out.

• “Think ahead about things other than academic skills.

• “Don’t underplay importance of families. You are still really needed.

PACER has resources in English, Hmong, Somali and Spanish. Information is at http://bit.ly/2GX86Ec or call 800-537-2237 and ask for the transition team.

Dario Otero could have used the services that PACER provides. He grew up near Detroit. He began receiving services in third grade because he was diagnosed with dyslexia, which makes it difficult for him to read.

Most of his middle and high school memories are negative. Many teachers did not want him in their class. An exception was a former real estate agent who became a special education teacher: George Gagniuk. Otero recalls, “He thought I was intelligent, despite my disability.”

Otero’s most positive high school experiences were playing football. But because he graduated with a 1.8 GPA (below a C), “College was not an option right away.”

Fortunately, he and a friend visited Bowling Green State University in Ohio. He learned that if he could pay for the first semester and earn a B average, he would be eligible for a scholarship.

With lots of help and hard work, Otero graduated from Bowling Green in 5.5 years. He picked a major that emphasized his strengths: visual communications technology. After graduation, he went into internet car sales, which used his skills. He made lots of money, he said.

But he was drawn to one of his college internship sites: the High School for Recording Arts in St. Paul. While there, he passed all but one of the requirements to be a licensed special education teacher. He helped many HSRA students produce YouTube videos for companies. Because those videos were so successful, HSRA earned the North American Junior Achievement Company of the Year award.

Otero believes high school students must find “people who believe you have a future. People with disabilities can bring a lot of gifts and perspectives.”

Ziemke agrees. She’s found “the range of resources can be overwhelming, but help is available.” With their passion, persistence and assistance to others, Ziemke and Otero represent the best of America.